Poor mental health in the workplace costs us all

Angus Fraser
13th February 2020
Mother nature reasserts herself, but who let the bears out?

Last month, I blogged about the right to disconnect from work and its importance to the well-being of employees and businesses alike. In recent years awareness of mental health illness – both the causes and its impact – has grown dramatically. We spend most of our lives working. It’s perhaps unsurprising that considerable effort is being made to understand mental health in the workplace better. Wherever that work takes place – in an office, a factory, a school or a hospital – the issues are similar.

The WHO (World Health Organisation) define a healthy workplace “as one where workers and managers actively contribute to the working environment by promoting and protecting the health, safety and well-being of all employees.”

Unlike many physical ailments, mental health issues are not necessarily visible. Additionally, because of the associated stigma, we have learned over the years how to hide mental illness from others. We’re even more likely to conceal any issues with mental health in the workplace. If you were hospitalised with a broken leg, you wouldn’t think twice about letting others know about it. However, if you were admitted because of panic attacks, you’d be far less likely to publicise the fact – quite the reverse, in all probability. The idea that mental illness makes you weak or, worse, dangerous is deeply ingrained and will take time to overcome.

Research indicates that mental health issues disproportionately affect the vulnerable. Having said that, mental illness does not discriminate. It can affect anyone from young teenagers to the world’s highest earners. Despite endless worldwide campaigns raising awareness of mental health, many of these statistics are still very alarming.

Links between mental illness and the workplace

As of 2019, the highest suicide rates for both men and women in the UK are in the 40-49 age bracket. Male suicide is significantly higher than female across all age groups.  Obviously, there is no single reason for this – it’s a complex issue. And yet large numbers of people in this age group also privately admit to suffering from mental issues, citing either their employment – or conversely lack of employment – as the primary cause.

Men in particular are more likely to bottle up their emotions – all the more so at work so as not to “damage” their reputation – and their career prospects – with both colleagues and bosses. Over time, this persistent behaviour becomes counter-productive and can be devastating, leaving the afflicted feeling mentally drained and ultimately mentally unwell. The workplace can present some of the biggest threats to our mental health.

How does mental health in the workplace affect the global economy?

Globally, an estimated 264 million people suffer from depression. The WHO (World Health Organisation) estimates that mental health issues cost the global economy $1 trillion per annum in lost productivity. Anxiety, depression, loss of self-esteem and direction can all contribute to heavily reduced levels of concentration. It’s stating the obvious that unwell employees will be unable to perform to their potential. Even more, studies also show that mental health in the workplace problems lead to absenteeism and increased staff turnover. All of these factors will be detrimental to a company’s overall performance.

In the UK, 1 in 6 workers will be experiencing depression, anxiety or stress at any one time. In Great Britain during 2016-17, stress was responsible for 40% of work-related ill health and for 49% of all working days lost because of health issues. Whilst 1 in 5 people will take a day off because of stress, 90% of these people will give a different reason for their absence.

Fundamentally, a negative working environment will likely cause, contribute to or exacerbate mental health issues faced by employees.

According to the WHO, the following attributes of a negative working environment present a risk to the mental health in the workplace:

Above all, it should almost go without saying that sustained harassment and bullying in the workplace in particular can prove to be severely detrimental to employee mental health.

The Cost-Benefit of investing in mental health

Studies have demonstrated that every £1 spent on scaling up mental health treatment in the workplace reduces the cost of wasted productivity by £4. Certainly there is a moral obligation on the part of employers to help employees suffering the effects of mental ill-health. Furthermore, investing time and money to create a healthy working environment makes fundamentally sound business sense as well.

Recently, the England cricketer Ben Stokes spoke about how he coped with his father falling seriously ill in South Africa days before he was due to play in a crucial Test Match. He mentioned how he was actively encouraged by the team management to talk very openly about his emotions. In years gone by, he believes he may have bottled up those feelings instead and attempted to battle on regardless, probably with hugely detrimental results. However, having opened up, he went on to play exceptionally well. England won the Test series 3-1, with Stokes being named “man of the series.”

Certainly there are lessons there about mental health in the workplace for all right-thinking businesses. 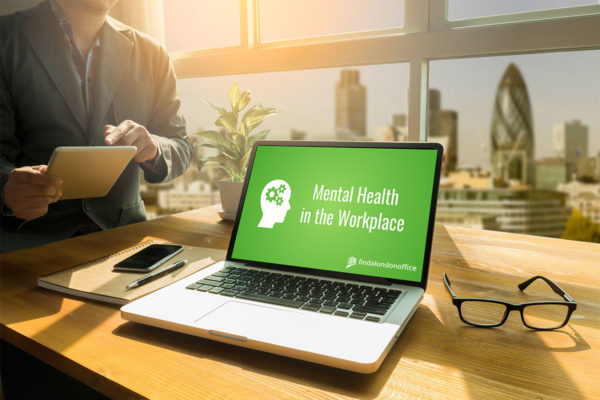