Read more... Mother nature reasserts herself, but who let the bears out?

In the wake of the pandemic, there are countless well-publicised issues holding people back from going to the office. One of these is inflexible and expensive season tickets for commuters.

Flexibility is the watchword in the new normal

Despite many restrictions lifting, many people are continuing to work at home, this having proved broadly workable during the lockdown. Whilst there are still so many unknowns, we concluded, for the moment anyway, that it was highly likely that many would split their working hours between the home and the office for the foreseeable future.

Throughout our discussion about the future of the office, the need for “flexibility” kept cropping up – for landlords and tenants, employers and employees.

What changes are the rail companies proposing?

Buying a season ticket, but then only using it occasionally makes no sense in the current circumstances.

Research by Great Western Railway has reached a similar conclusion, predicting that people will commute to the office, on average, 3 days a week instead of 5, working from home on the remaining 2. On this basis, they are proposing the introduction a new flexible season ticket – to be used for a 3 day week or any 12 days in the month. Other rail companies are intending to follow suit. As a result, it seems that a range of discounted season tickets will soon become available. Some are also proposing flexible smart ticketing – similar to TfL’s successful Oyster Card scheme.

GWR are proposing a new flexible season ticket – to be used for a 3 day week or any 12 days in the month.

Buying a standard season ticket instead of a ticket each day roughly halves the cost of daily rail travel. However, buying a season ticket, but then only using it occasionally negates this saving, and will ultimately make travel more expensive. That makes no sense in the current circumstances, so the proposed shift towards flexibility is very welcome.

The high costs of season tickets – combined with overcrowded and delayed trains – is a traditional bugbear for most commuters. Throw in the current risks of travelling on public transport during a pandemic and the viability of home working and it’s not surprising that so many are reluctant to return to the office.

However, the government is now asking us to “get back to work“ where possible. They are hoping that this will reinvigorate the economy  – and specifically the local economies of the currently abandoned business districts. Flexible season tickets may go some way to facilitate this. However, I must stress these proposed changes are still only on the drawing board. So, pardon my scepticism, but how long will it take before these updated season tickets are actually available. And will it be soon enough? 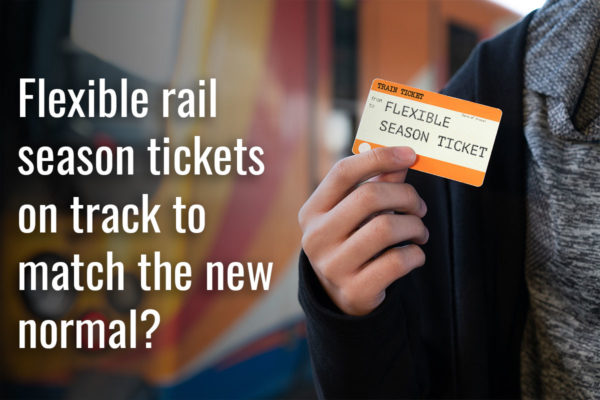