Use the office space calculator to work out how much space you need, and how much it will cost to rent office space in Oxford Street.

It's almost two kilometers long, it's got four tube stations and it's obviously got world renowned retailers like John Lewis and Selfridges.

Oxford Street: a commercial guide for businesses looking for office space in London

When people talk to us about Oxford Street, they’re generally talking about the area to the north of Oxford Street where there are lots of offices, but the street itself is pretty interesting. It’s almost two kilometers long, it’s got four tube stations and it’s obviously got world renowned retailers like John Lewis and Selfridges.

The area, historically, to the north of Oxford Street was regarded as slightly outside core, it used to be populated by companies in the Schmatta business, providing garments to the neighbouring retailers, and also lots of medical users in and around Harley Street. There are all kinds of occupiers, well known occupiers, like the BBC. There’s the Langham Hotel and lots of advertising agencies, and offices for every kind of company from tiny to very large corporates.

My favorite location is probably the café in Villandry or maybe my cycle shop in Velorution, or maybe playing ping pong outside the BBC’s headquarters.

If you’re looking for office space in Oxford Street, please start your search by clicking on the button below.

A snapshot of the latest commercial property in Oxford Street 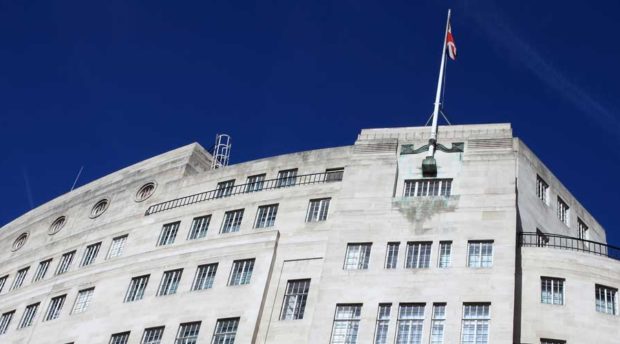 When business people ask us to find them an office in Oxford Street, they usually mean the area north of Oxford Street itself. The area below Oxford Street is either Mayfair or Soho. More recently – and controversially for some – you may hear requests for “Noho office space” or “serviced offices in Noho”, whilst other will talk about “office space in Fitzrovia”.

The area runs from Oxford Street in the south right up to Marylebone Road and Euston Road. Whilst generally perceived as being just outside the West End core, it provides a wide variety of office space – both leased and serviced – from top grade offices with air conditioning down to the most modest space.

Oxford Street itself of course is famous throughout the world for retail, but offices are sometimes available above the shop floors. In particular, quality serviced office space can be found along Oxford Street – often with flexible meeting rooms for hire. More often than not, this will be set up as modern, co-working or shared office space interior behind the original Edwardian architecture façade. And for cost-conscious start-ups, a virtual office in Oxford Street will give you business address with a world-famous name, without the expense of a physical office in London.

An office in Oxford Street is perfect for the right type of business – attracted by the close proximity of famous designer outlets and department stores (Selfridges, John Lewis, House of Fraser)  or the plethora of boutiques and cafés in the many side streets.

The area to the north of Oxford Street is primarily an office location, but also incorporates a wide variety of other uses including residential, retail and leisure. The area in and around Harley Street is famous for its private medical clinics and consulting rooms. The BBC’s Broadcasting House  – newly extended, refurbished and reinvented for the digital age – is located on Upper Regent Street opposite the Langham Hotel.

Office rents at the lower part of this area are fairly similar to Mayfair, but they tend to decrease the further north you go. The exception to this trend is office space along Oxford Street itself where rents tend to be on the lower side.  A stone’s throw from the tube station at Oxford Circus, serviced offices here represent excellent value for money.

Communications are good, with Marylebone and Euston Station to the north and London Waterloo a short tube journey to the south, via Oxford Circus station. Bond Street and Tottenham Court Road tube stations are currently being upgraded for the Elizabeth Line (Crossrail) – opening in December 2018 – which will provide fast connections to Heathrow in the west and Canary Wharf in the east.

These types of office can all be found in Oxford Street:

The most sought after office locations within Oxford Street include:

Let us find you an office in Oxford Street