London: a city on hold as the second wave arrives

Last month I visited Central London for the first time since February. And what an odd experience it was.

I was in London for a video shoot – showcasing some excellent available office space in Jermyn Street, St James’s in the West End. The train journey into Waterloo was weird enough: I counted less than 10 people in my carriage – when of course usually it would have been chock full of commuters.

In the circumstances, I eschewed the tube in favour of the bus to Piccadilly Circus. Usually a euphemism for “crowded” or “busy”, it was the exact opposite. It felt more like first thing Sunday morning than 11am on a Thursday! Devoid of the usual tourists and office workers, it was all very peculiar. Those people who were there were largely masked, even outdoors, giving this iconic location an unsettling, post-apocalyptic vibe.

On the plus-side, London was pleasantly clean and spacious – helped by some glorious weather, no doubt. And yet it was entirely missing the energy and buzz that we associate with the West End.

Whilst London was pleasantly clean and spacious, it was entirely missing the energy and buzz that we associate with the West End.

How will London adapt?

Cities adapt of course – and over the centuries London has become a past master of reinvention. In particular , plague and disease have visited this great city many times before. During the 19th Century, the River Thames was an open sewer. Repeated cholera epidemics eventually led to construction of the sewerage system we rely on today. Once hotbeds of disease, modern cities became desirable places to live, rather than functional necessities. It will be interesting to witness urban innovations springing up as a result of the current pandemic.

Of course, changes have already been made in order to make the city as safe as possible for Londoners and visitors alike. More generally, I sense that London is in something of a holding pattern, waiting to see what will happen. With the second wave of Covid–19 apparently upon us, many businesses will continue to put off making decisions for some months. As of Monday this week, London is in Tier One, designated as medium risk. However, with the virus spreading more rapidly through the capital, the mood music suggests that London will shortly join Manchester and Newcastle in Tier Two, with far heavier restrictions.

London is in something of a holding pattern. Many businesses are continuing to put off making decisions, waiting to see what will happen.

Business decisions on hold…but for how long?

In this atmosphere, please spare a thought for my colleague, Ian Kitchener, currently updating our quarterly London office rental guide . Given that the market is essentially dormant, this is a very, very challenging task. I wonder how much office rent was collected on the recent quarter day at the end of September. Will that now focus the minds of landlords and tenants alike and force a few business decisions?

The furlough scheme has been doing much of the heavy-lifting economically – as well as masking some harsh economic realities, buying time and delaying difficult choices for employers. I had thought that winding down the scheme this month would also usher in decision time for many businesses. However, this week the government extended the furlough scheme for those employers who simply cannot operate under new restrictions. So maybe business will put off those hard choices further still. Having said that, the horrible unemployment figures released today is indicative of what’s likely to come. Job search websites such as Jooble must be inundated with job seekers right now.

But on the bright side…

That being said, some businesses are still looking for office space in London, as activity on this website will testify. Over the past few weeks, we’ve found office space for those who simply cannot afford to sit on their hands until the situation changes. We are 100% open for business – all working from home, for the time being, so if you do need our help please get in touch. 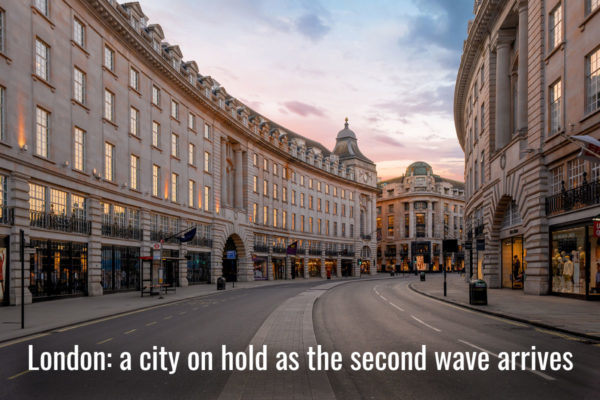