Mayfair booted off the Monopoly board by who? 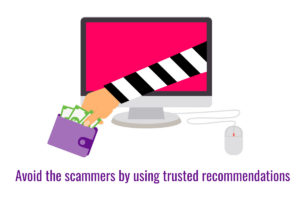 For years, Mayfair has been top dog on the Monopoly board, the aim of every wannabee property magnate. And our Office Space Rental Guide would concur, consistently placing Mayfair – along with St. James’s –  as the most expensive place to rent office space in London.

But – as the Independent reported earlier this week – Hasbro’s latest edition of the board game, has seen Mayfair supplanted by Kensington Palace Gardens as the number one London location, in order to reflect the soaring prices in real-life Kensington. Residential property experts have been queuing up to support this. Phil Spencer, from Channel 4’s Location, Location, Location, commented said: “There are already a number of hugely wealthy and famous faces who call Kensington Palace Gardens home. The new Monopoly board really does reflect the shift in power”.

Andrew Weir, central area director at Foxtons, also supports this shift: “This street [Kensington Palace Gardens] boasts sensational period buildings, many with movie-like features such as underground swimming pools and marble pillars made from the same quarry as the Taj Mahal. With the average price of a property fetching a staggering £19m, this street has become one of the most sought-after in the world.”

So – here’s the question: is this change also reflected in the London office space market?

The short answer is no. Simply because Kensington Palace Gardens is not an office location; it is a residential area for very, very wealthy people.

I think it’s a strange decision by Hasbro, for a number of reasons. Firstly, Mayfair is a world famous location, and the only district on the Monopoly board (all the others are streets or squares), and Kensington Palace Gardens is really not that well known – although it’s profile will no doubt rise. Secondly, the Monopoly concept is based on other players being able to pay rent to a landlord. I doubt whether anyone pays rent in Kensington Palace Gardens. It’s worth pointing out that the original Monopoly locations were all high profile residential and commercial areas, so this is something of a departure.

In short, Mayfair remains a world class office location, and as I can’t honestly see that changing in the foreseeable future, it will remain top of our rental guide. We won’t be making any changes, any time soon.