VIDEO: How to unlock opportunities in the London office market! 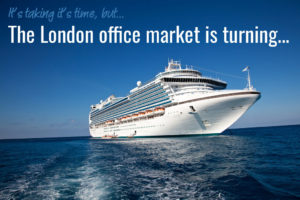 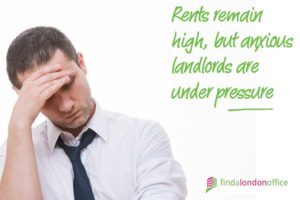 The London office market is a bit of minefield for the uninitiated. So in the video below you can see me explaining exactly how the London office market works, the current state of the market and how tenants can take advantage of current market conditions to rent the most suitable office space on the best possible terms. For more of our videos, please subscribe to our YouTube Channel.

What do we mean by the central London office market?

It’s a huge marketplace geographically that goes from Hammersmith in the west, east to Canary Wharf, south to places like London Bridge, Waterloo and Southwark, north as far as Camden Town, so, we’re literally talking about millions upon millions of square feet of office space. Historically, and I think it’s fair to say it’s still the case, the vast majority of people take office space or leases, whereas in the residential market people buy houses and flats, it’s very, very normal in the office market to lease space. I suppose that’s because central London is an extremely expensive area, and it would cost an absolute fortune for people to actually buy their own buildings.

Most of that space, a very high percentage of that space, has always been taken on leases by tenants. They have always signed up for leases ranging from 3, 5, 10, 15 years, but now the market is changing slightly in that other office providers are starting to offer opportunities for people to take shorter term, more flexible space, that people will tend to take anything from a few months to a few years, and they can also sort out the leases very, very quickly.

What is the state of the London office market?

The serviced office market, the flexible office market, is doing pretty well right now because there’s an amount of uncertainty in the economy, and people just don’t quite know what to do for the best. They don’t know if they’re staying the same in terms of size, if they’re expanding, contracting. In that kind of environment, it makes quite a lot of sense to take space where they can get out of the leases reasonably easily. So that market, in post-Brexit Britain, I would say, is doing pretty well.

The longer term leased office market is suffering. It does. It often goes in cycles. We’ve had a number of years where the market has been reasonably robust, but for a cocktail of reasons, the market really has gone very much off the boil right now. I know of space in places like Piccadilly where there are 2000ft2 office suites that you would expect to let almost immediately after putting them on the market, which have been sticking around for the last year or so. It has become a difficult market for landlords. That makes it really quite an attractive market for tenants.

Why is the long lease market struggling?

The long leasehold market, right now, is struggling. That is partly cyclical. There’ve been many years when the market’s been extremely busy. There are always times when it goes off the boil, but I think it’s been seriously exacerbated right now by a huge amount of indecision in the economy.

Brexit means many companies in Central London are unsure of their future, so there’s a real disinclination to commit to long leases

Why is the serviced market doing OK?

The serviced market is filling the gap, so for people who don’t want to commit for long, long times, it’s giving an opportunity to secure a lease, or what they call a license maybe, for anything from three months to two years.

So why would anyone move right now?

Some people will only want longer term offices because they do provide things that serviced offices don’t. Where that is the case, they go into the marketplace, and they will secure leases. There are always reasons why people need to move. They might be coming to the end of a lease. They might have an option to break and realize that they want to take more space or less space. They might be being turfed out of buildings by landlords who want to do other things with their buildings. Some landlords, certainly over the last decade, have taken huge amounts of office space out of the market and have developed them into big residential buildings, hotels, leisure schemes, so there are always reasons why tenants need to move.

How can tenants benefit from today’s London office market?

The real opportunity right now is there is a lot of space on the market, and landlords are very keen to dispose of that space. The reason they’re keen to dispose of that space is predominantly that they want to have rent because they are investors in property, but closely behind that, vacant space costs them a lot of money. They are burning up void costs every single day that an office remains vacant. They are still having to pay business rates, service charges, maintaining buildings, paying commissionaires, so there’s a real cost in holding an office.

I think to capitalize on today’s market, tenants need to make sure that they’re looking at every opportunity that arises. They’ve got to find a way of opening up the market, getting all of the information. Very often, or the best way, in my opinion, is through an agent who will be able to see everything on the market. When you can see everything, you can read it. You will also come across some pretty amazing opportunities.

An office agent will be able to see everything on the market, read the market and uncover some pretty amazing opportunities.

With good advice, there’s a real opportunity right now to negotiate very favourable terms. They might be able to reduce the rent significantly. They may be able to negotiate some fantastic rent free periods. They may also find some offices which are sublet offices from other tenants, which have already been significantly fitted out and could save them a huge amount of money moving in. There’s a whole number of points on the lease which you can also negotiate to make more favourable for a tenant when the market favours tenants.

…and in the serviced office sector?

Great thing about the serviced office sector, the flexible office sector, is that lots more providers are giving space and making it available in the market. Some of the spaces are really fantastic, sometimes great creative spaces, and they’re already fitted out. They already have broadband. They’ve got connectivity. The amazing thing is you can actually sign a lease, almost within hours, if not a day or so, and you can be in occupation within a week.

With serviced office space, you can actually sign a lease, almost within hours and you can be in occupation within a week.

If you find the right office finder, they will be able to show you information on every single serviced office, flexible office, in the market that meets your needs. The way the market works is their service will be free of charge.

If you are looking for office space and need help navigation the London office market, why not start your search with us today! 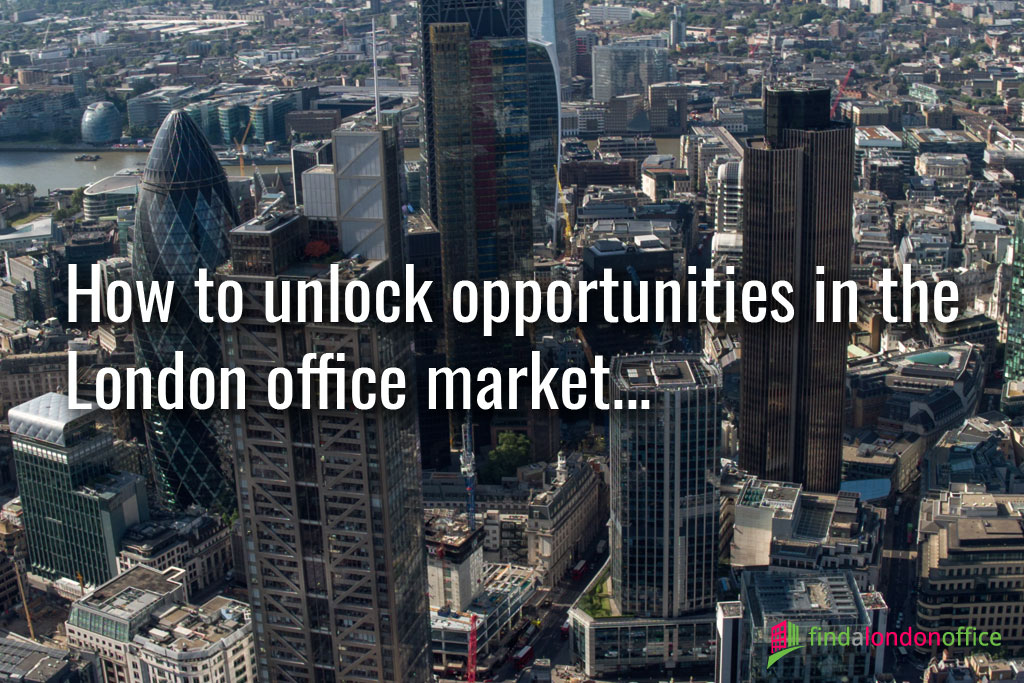