The London Tube Map – widely regarded as a design classic – has become convoluted, cramped and hard for newcomers to understand. Is it in need of a radical rethink?

Last Friday, my wife and I were on our way to see The Who in concert at Hyde Park (who were fabulous by the way!), when we were approached by an American tourist at Green Park station, while changing from the Jubilee to the Piccadilly Line. She and her husband were trying to get to Harrods, but were lost and confused. It’s a very simple journey, I explained – pointing out where we were on the tube map: just two stops on the Piccadilly Line to Knightsbridge. They thanked me and went on their way.

This started me thinking. I have lived in or around London for most of my life. I know my way round most of Central London by tube without looking at the map, but when I do occasionally look at it I am so familiar with it that I find it instinctively easy to navigate; I’ve long regarded it as almost untouchable – impossible to improve! But is that the case for newcomers who lack my familiarity with both the city and the map? Clearly it isn’t. How many of us have been asked for help by confused tourists trying to navigate around an increasingly complex tube network?

Improving on a design classic

The London Underground map is widely regarded as a design classic. Instantly recognisable, its iconic look has been imitated by other cities around the world, since it was first designed by Harry Beck in 1931. But with the Docklands Light Railway (DLR) and TfL’s overground network now superimposed on the map – not to mention planned extensions to the network in the works –  it has become increasingly convoluted, cramped and difficult to understand. Is it in need of radical revision?

A London Tube Map for the 21st Century?

There have been several attempts to improve the London tube map in recent years. For example, Dr Max Robert’s concentric circular version is a radical take on the original. It echoes the design flourishes of the original, but it’s cleaner, more elegant and easier to navigate.

Dr Robert’s explained the thinking behind the redesign: “Grounding a map in familiar shapes such as circles can make it easy to comprehend.”

In recent weeks, however, a brand new version of the famous London tube map has been doing the rounds on social media. Like Roberts’ concentric design it also retains the iconic look of Beck’s original but radically alters the layout of the tube lines. Designed by Sameboat, a Wikipedia user from Hong Kong – the map aspires to be more geographically accurate than Beck’s original, as well as being far easier to understand: the Overground is now colour-coded and the split Northern Line now differentiated by colour, with one branch renamed the Edgware Line. Adjacent stations close enough for interchange are now grouped together, where previously they were disconnected.

What do you think? Is this design an improvement? Would it help American tourists trying to find Harrods? And should it now replace the official London tube map? 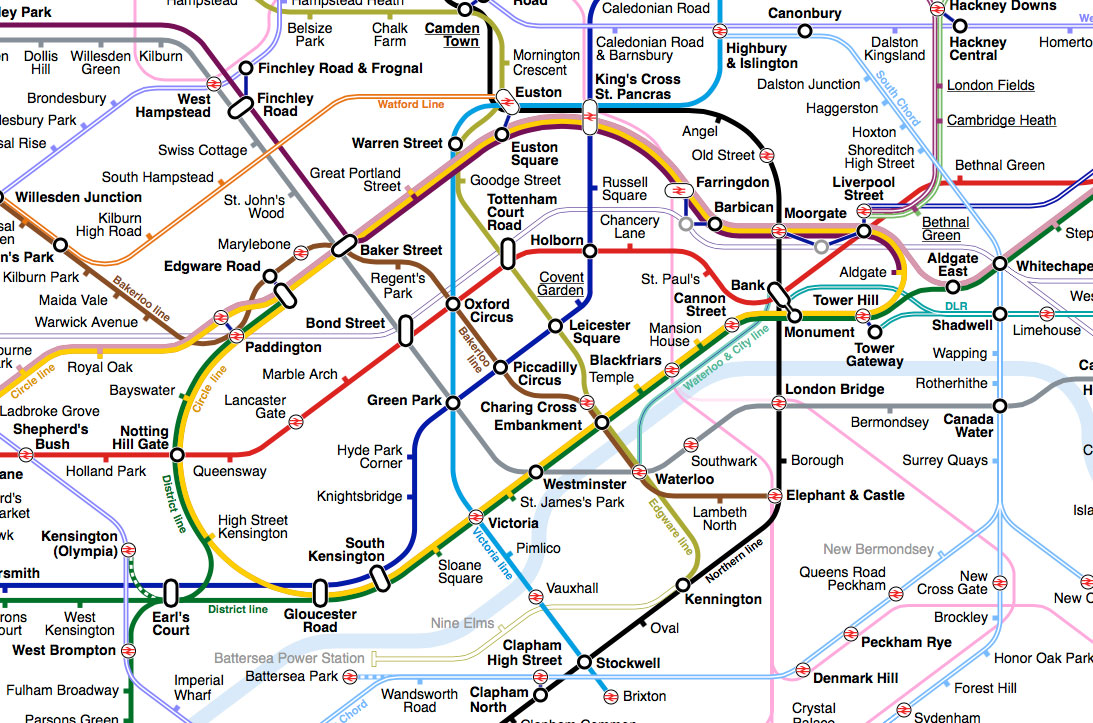