Is the long term office lease now dead and buried?

Michael Fraser
20th February 2017
What is now the safest form of transport in London?

In a fast-moving world demanding instant results, it’s tempting to believe that the long term office lease is now old hat. Some people think it’s no longer a good fit for a modern, dynamic business. But is the conventional lease model really dead and buried?

It’s the age of the serviced office. Against a backdrop of rapid business development and economic uncertainty, speed and flexibility are vital qualities for a modern business. The Brexit vote has merely further sharpened the need for flexibility. Perhaps not surprisingly, the availability of serviced office space has widened and deepened spectacularly over the past decade.

Against a backdrop of economic uncertainty, speed and flexibility are vital for a modern business

So where does that leave the conventional, long term office lease? Compared with the speed and flexibility of serviced space, it takes time, money and expertise to negotiate a conventional lease. Critically, it commits businesses to their premises for the next 5 to 10 years. Is that approach viable in such fast-moving and unpredictable times? Is the conventional office lease living on borrowed time? Or are rumours of its death greatly exaggerated?

Is the long-term office lease living on borrowed time or are rumours of its death exaggerated?

Why does it take so long to agree a long term, conventional office lease?

In a word, complexity. A conventional 5 year lease – written in legaleze –  can run to more than 50 pages! It’s not easy for the layman to digest. You’ll have no option but to hire a solicitor to interpret and explain the lease to you. Each lease is unique, so your solicitor will spend considerable time negotiating the fine details with the landlord’s legal advisor. Much toing-and-froing between both sets of solicitors and their clients will take place before an agreement can be reached. Draft leases often contain clauses that have no relevance to the office in question! I can remember a clause requiring the tenant to pay towards the gardener to tend to the roof garden. The roof garden which did not exist! All this takes time to sort out – and time really is money when it comes to legal fees!

In contrast, when you opt for for serviced offices, you sign a short, standardised, straightforward licence, written in plain English. It doesn’t require a law degree to understand it! It’s just a simple business contract. A business centre will supply you with a breakdown of items included in your monthly invoice. To you the agreement will be crystal clear.

Why would any business now take a long term office lease?

Whilst the rapid rise of serviced space is certainly dramatic, a long term lease remains the best choice in some circumstances. As usual it depends on the nature of your business – horses for courses. Have a look at our serviced office versus conventional lease checklist, if you are trying to make that decision.

Can you say with certainty where your business will be in 10 years time? Do you require complete control over your environment? Do you have time and resources in abundance? If you answer ‘yes’ to all three, then a long term office lease will be the best fit. On the other hand, is time of the essence? Do you prioritise nimble feet and flexibility, maybe only looking a year or two ahead? In this case, serviced offices are the blindingly obvious option.

Apple have just taken what will be 500,000 ft2 of magnificent new offices at the redeveloped Battersea Power Station. Google have acquired 400,000 ft2 in London W1. Both of these offices are on long term, conventional leases. Famously, both companies have highly developed internal business cultures. They clearly have long term plans and demand absolute control over their working environments. Of course these leases will have cost them time and money to negotiate and agree. Whilst Apple and Google have deep pockets, they are also exceptionally hard-headed. They have clearly decided the return on investment is well worth it.

However, many less well-established businesses often have neither the time nor the resources to negotiate a long term office lease. Moreover, start up businesses in particular would be very uncomfortable committing to space for such a considerable period of time. They are very lucky that – these days – this is no longer their only option.

In the old days…

Not that long ago a business needing high grade space had no choice but to sign a 10 year lease – at least! If they decided against staying for the full term, they alone would be responsible for finding another business to take over the lease for the remainder of the term originally agreed.

The only other viable option was to try and find some short term office space – in one of two ways:

The serviced office sector in London has utterly transformed in recent years and is now big business. Serviced space is now available right across the quality spectrum. From basic, no frills premises up to and including the very smartest offices. Acquiring top grade space no longer requires a long term office lease. That is the major change in the last few years. This is fantastic news for start-ups and established businesses alike. Tenants can instantly take space that fits their needs, without the risk, costs and inconvenience of a long term commitment. Such agility is a massive advantage in an unpredictable and fast changing world.

Instantly take space that fits your needs without the risk, costs & hassle of a long term lease

A question of time and money

In the end it boils down to how much time and money you have? Even if you have both in abundance, it is really necessary to to spend either? The modern world favours quick decisions followed by instant action. Is it really sensible to spend weeks negotiating a lease, when you could be up and running within a few days?

Whilst the long term office lease hasn’t been confined to history yet, it is certainly becoming less popular. It remains the best option for certain types of businesses – the Apples and Googles of this world. Established, well-resourced businesses with long term plans, requiring finite control of their environment, will likely opt for a conventional lease.

However, the demands of a modern economy require most businesses to be increasingly dynamic and flexible. At the same time technology has encouraged us all to expect instant results. If this sounds like your business, serviced office space will more than likely be the smartest option. 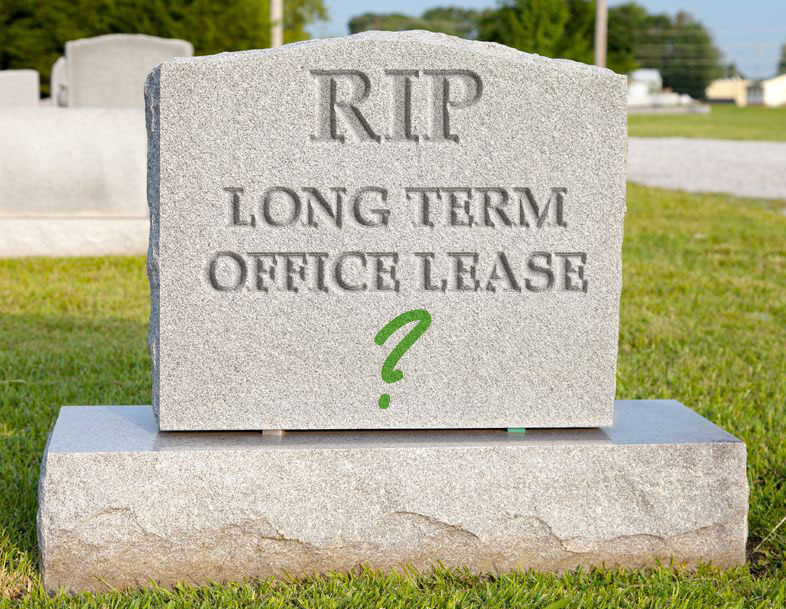