2085ft2 office in Buckingham Gate SW1 for Geological IT company

In summary I would say:

As we enter the Brexit Endgame…

The London office market is surprisingly robust, given our daily diet of scary political and economic news. Maybe we are just so monumentally bored by Brexit that business decision-makers have stopped watching Newsnight!

I look forward to writing my next post at the end of Q4. We may then have a better idea if are “DOOMED” as Private Frazer of Dad’s Army used to say. On the other hand, maybe we’ll be witnessing a slight rebound, as the UK economy trundles into a future with Europe – divorced but still retaining marital benefits! 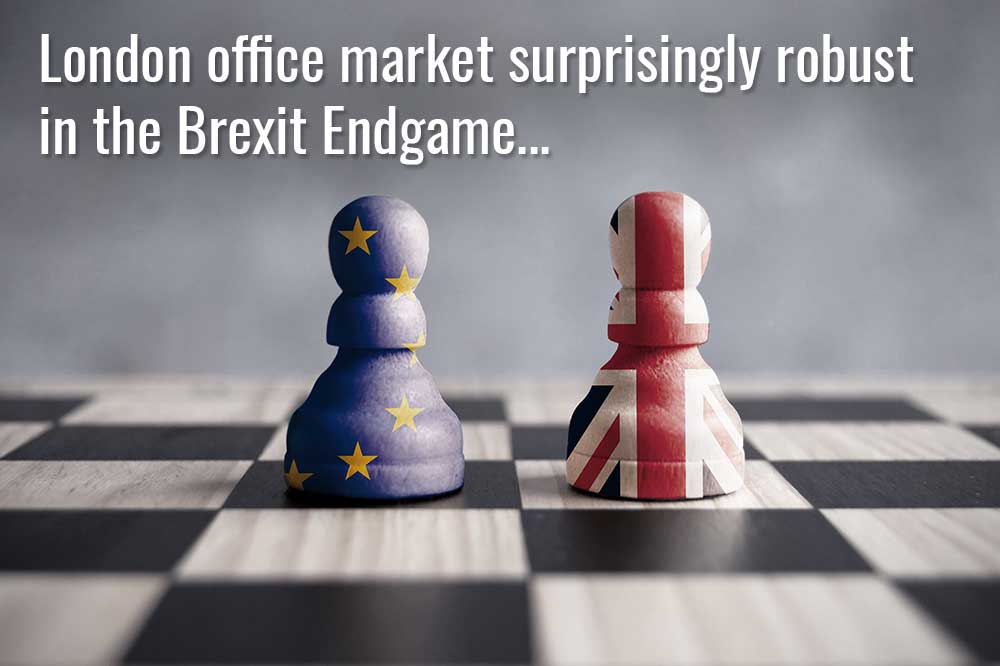