Michael Fraser
30th April 2021
Are flexible co-working offices about to make a comeback? 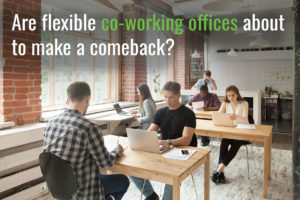 Read more... Working from home? Has the novelty worn off for the young?

As lockdown restrictions continue to lift, many companies are currently working through how to adjust their future patterns of work for the long term. In short, that future is hybrid working.

The Sunday Times Business News recently reported that Standard Life Aberdeen have been overhauling their office in the City of London extensively. They are largely ditching the traditional banks of desks in favour of open-plan meeting / seating areas with giant sofas!

Hybrid working is the way forward

Opinion seems to be that most businesses will eventually settle on the hybrid working model. In other words, staff will work flexibly – some days at home and other days in the office. Some businesses have seen substantial productivity improvements whilst the enforced WFH rules have been in place. Nevertheless, some companies that have made it clear that they expect all employees to return to the office full time as soon as possible. At the other end of the spectrum, a few companies are switching to 100% WFH – all day, everyday. So far, however, these two extremes seem to be in the minority.

Opinion seems to be that most businesses will eventually settle on the hybrid working model. In other words, staff will work flexibly.

Our recent survey of business owners does suggest that most will settle on the hybrid solution. The Evening Standard’s poll of FTSE 100 companies indicates a similar viewpoint, whilst David Smith – Sunday Times Economics Editor for the last 30+ years – concurs, based on a survey by Deloitte.

Last week, my colleague Ian Kitchener spoke about the end of the traditional 9-to–5, and the likely implications for the London office market over time. However, this developing consensus will also have direct consequences for business. Aside from the more general requirements of re-opening your office safely, several key operational issues are in need of urgent attention:

Hybrid working will also have direct consequences for business. Whilst apparently being the sensible way forward , it does make the working world more complex.

More broadly, businesses will need to develop additional management systems. Who comes into the office and when – on a fair and practical basis? Should this be done on a departmental basis so that they can have full team interaction? What about when departments need to interact? This is not an easy circle to square, with so many very different business aspects to take into account. Clearly, this will require additional careful management. And that’s not just to ensure that staff don’t all choose to WFH only on weekend-connected Mondays and Fridays!

Hybrid working will require additional careful management. And that’s not just to ensure that staff don’t all choose to WFH only on weekend-connected Mondays and Fridays!

Hybrid working is not a panacea!

During the pandemic, many have found working in the home is in reality not that straightforward. There is simply too much else going on! One’s partner asking for help, the baby crying for attention or the dog staring at you with a lead in its mouth! And as I said last month, for many young people in particular, the novelty of working from home wore off long ago.

Office based working away from London?

How convenient would it be to be able to escape to an office within walking or cycling distance – or a short bus journey perhaps?

It’s been suggested that many people will come to the conclusion that they also need access to flexible local office space. How convenient would it be to be able to escape to an office within walking or cycling distance – or a short bus journey perhaps? Some serviced office providers agree and have been acquiring space away from the city centre. My colleague Ben Neale blogged about the likely evolution of office space to cope with this new demand. Furthermore, we also believe that this is highly likely to be a very popular option so we have introduced our sister site Find A City Office to provide the answers.

“Presenteeism” is surely now a thing of the past?

With the introduction of hybrid working, it does seem that “presenteeism” has at last been abandoned as a sensible way of assessing a member of staff’s worth.

On a lighter note, this reminds me of a story. Some years back that a team manager was sitting in the open plan office one very hot summer’s day. Towards the end of the business day a client rang the manager and suggested that the two of them got together for a chat. Given that it was so hot, why didn’t they meet in the pub? The manager left his jacket on the back of his chair and off he went. With the jacket in plain sight, they concluded he was obviously coming back. No one dared to leave for home. Far better to be seen, on his return, to have put in some extra “point scoring” hours.

Meanwhile, in the pub, one thing led to another. In the end the manager went straight home without bothering to collect his jacket! And his team really did – quite pointlessly – put in some very long hours on that hot summer’s day! 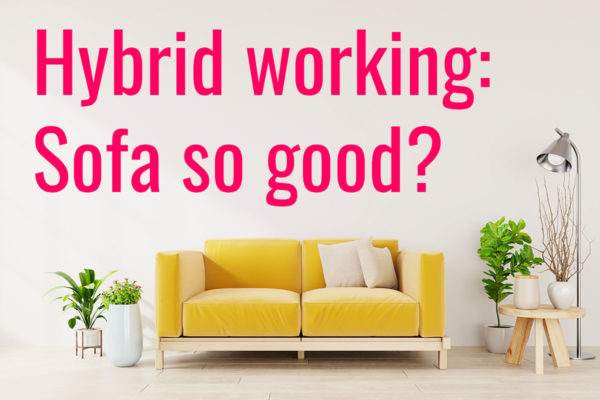