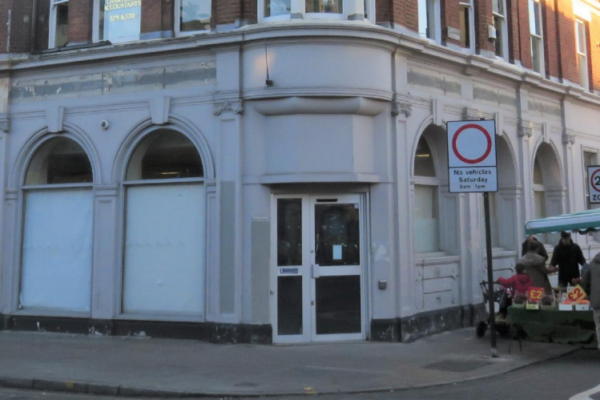 Construction works are currently being undertaken to separate the premises from the adjacent shop unit, 39 The Broadway, both shop units having been occupied on a combined basis until recently by Barclays Bank.

The unit is arranged over Ground Floor and Basement

The subject property occupies a prominent corner position on the south side of The Broadway, West Ealing, with return frontage onto Leeland Terrace.

West Ealing National Rail, Mainline Station is serviced by TfL with rail services from London Paddington in 12 minutes, rebranded as the Elizabeth Line in December 2018 as part of Crossrail.

The area is serviced by numerous bus routes, running principally between Ealing and Hanwell, and also from Brentford and Greenford.

Nearby occupiers include a number of established national traders and businesses including Sainsbury’s, Lidl, Wilko, Specsavers, Greggs, Holland & Barrett, Boots Chemist, 02 mobile phones and Iceland; together with charity shops including British Heart Foundation and Alice’s Attic plus numerous local traders.

The Borough of Ealing

Business in The Borough of Ealing