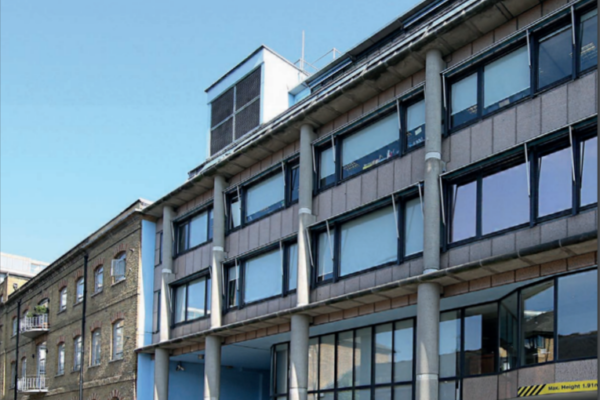 The property comprises an attractive self-contained office building, which has recently undergone full refurbishment throughout the ground and five upper floors. The property benefits from a double height reception area accessed via Gainsford Street. The floors are open plan with good natural light and views over London from the top floor. Each floor has the ability to be let separately and has individual access.
For sale on a 125-year lease, granted in 1986 at a peppercorn ground rent.
Property can either be sold vacant possession or Maverick (Maverick Advertising & Design Limited) will enter into a new leaseback for a term to be agreed at £460,000 per annum.

The building is located on Gainsford Street within the Shad Thames area behind Butler’s Wharf, and in close proximity to Tower Bridge.

The area has benefited recently from major regeneration and investment, with new developments including One Tower Bridge and the redesigned London Bridge Station.

The area is now one of London’s most vibrant and dynamic locations, providing a wide variety of restaurants, cafes and bars.

To the west of the property is the More London Estate, home to City Hall. 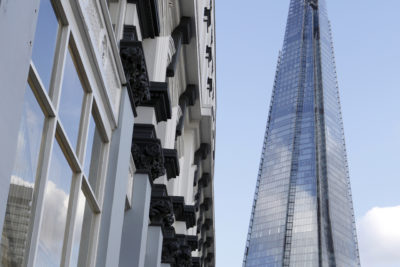 Waterloo and London Bridge, collectively known as the South Bank, is located in London SE1, immediately south of the Thames, between Westminster and Tower Bridge.

The Southbank has much to offer. In particular, the Tate Modern, the National Theatre and the Royal Festival Hall burnish the area’s reputation for the arts. Additionally, street theatre, busking and attractions such Borough Market create a buzzy atmosphere day and night. Alongside the many new office buildings, restaurants and street food outlets pepper the area.

Waterloo & London Bridge is in The Borough of Southwark

Business in The Borough of Southwark