Does your City office rent “tower” over you?

Last month I spoke to Stephen Weitzman about the City of London office market and City office rents, specifically. (The City – sometimes called the square mile – refers to the capital’s financial district located to the east of Westminster and the West End). Stephen is Find a London Office’s resident expert on the City. If we’re helping you find office space in the City, it’s highly likely you’ll be hearing from Stephen.

Over the past couple of decades, the number of new skyscapers built in the City has proliferated – and this rapid growth shows little sign of abating. I was keen to know how high-rise buildings have disrupted the area’s office market. And do these towers actually represent a fundamentally different market to the City’s traditional, low-rise office space?

Michael: I gather that the City office market is quite busy generally…

Stephen: Yes it is busy, quite a strong market actually. Apart from the traditional City office space occupiers, there are quite a few companies that are moving from the West End to the City on grounds of cost. Both rents and business rates are a fair bit higher in the West End, so city office costs are competitive.

For example, last year we moved a firm of Investment Management and Corporate Advisors from offices in Mayfair – specifically near Berkeley Square – to Cheapside in the City. Their annual savings – on rent and rates – are substantial. When the Elizabeth Line is finally completed – whenever that may be – journey times between the West End and the City will more than halve. I suggest that many more companies will then make the same move.

A few companies are moving from the West End to the City on grounds of cost. When #Crossrail is finally completed,  journey times between the West End and the City will halve. Many more businesses will then make the same move.

Michael: Much of the newer office space in the City is high-rise and some office occupiers are very keen to be high up. So do skyscraper office rents “tower” over the rents for comparable, smart, air-conditioned space in low-rise buildings?

Stephen: Yes they do. For the purpose of this comparison, let’s assume that all the buildings are new – or nearly new. They have air-conditioning, raised floors etc with an impressive reception area. In a low-rise building, rents will be about £60-70 per ft2 per annum. However, if you take a high floor in a tower, the rent will be over say £80 per ft2 per annum. 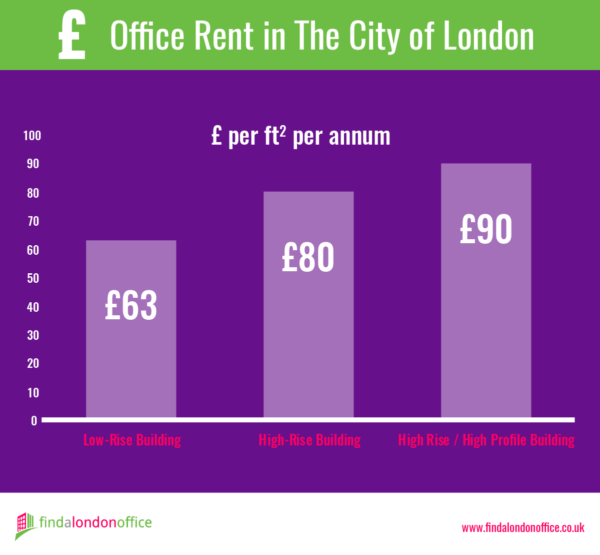 Michael: And what about the trophy towers such as the Cheesegrater or the Walkie Talkie? Is there a further premium for office space in high profile buildings?

Stephen: As far as I can make out, there have been some companies that have paid over £90 per ft2 per annum for office space on a high floor in such buildings. That’s £20-30 higher than ballpark City office rent! Furthermore, it’s important to remember: as rents go higher, so do the business rates payable. The total cost does climb with the building!

Michael: That’s quite a lot extra to pay – ostensibly for the view and the prestige. What type of company feels that the extra outlay is worth it?

Stephen: The financial sector essentially. For example, hedge funds, private equity, fund managers, equity brokers and the like. Of course, many US companies are used to high positions in a New York skyscraper. They’re just more comfortable having a similar vantage point in London. For these types of businesses, the extra cost is worth it! 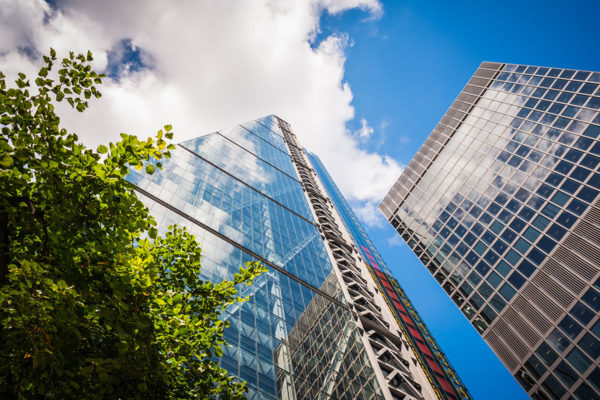