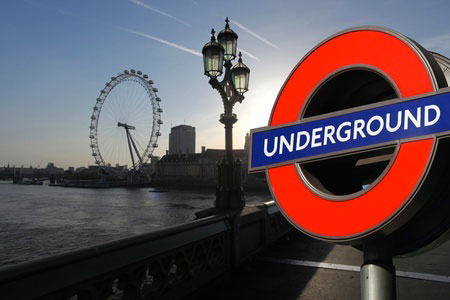 Living, working and commuting in Central London, I was able to see Londoners’ response to last week’s Tube strike at first hand.

Far from wilting in the face of adversity, it would seem that Londoners take tube strikes as a something challenge! In the minds of commuters on their way to work, there was a determination to get there (and back again). The only issue up for debate was how!

Hop on a Bus

The buses were definitely busier than usual, but there seemed to be more of them – I even spotted a few old Routemaster buses  rolled out of retirement – an not on the “tourist” routes that still use Routemasters.

And there was spirit and humour on display, which reassuringly still seems to be the instinctive British response to most crises (that and cup of tea!) I saw a young woman on the No.10 this morning with a badge saying “Baby on Board – Transport for London”

Take me to the River

The Thames river bus also proved to be very popular. I imagine that some may convert to that on a permanent basis now they have had a taste for it. Not everyone’s office is near the river, but then a short bus ride …et voila!

And then there were bikes, both private and the Boris variety…everywhere! Moving off the lights like a swarm of worker bees! From the top of a London bus, that really is what it looks like!

And Central London is compact enough that plenty of people will simply go on foot!

The tube network is the backbone of London’s public transport infrastructure. How could we live without it. But removing it for a couple of days simply pushed Londoners into using their imagination, and showed that London really has many excellent alternatives transport options. It’s not just about the underground.